WMA is pleased to announce the two recipients for its 2022/24 cycle of WMA Commission are CHAN Hau Chun and Sheung YIU. The two artistic and research proposals, titled Heatroom Project and Everything is A Projection (tentative title), commissioned by WMA and to be realised in 2023 and 2024, explores the meaning of ‘home’ in the contemporary context of Hong Kong in a very different way.

A total of 11 proposals were received for this year’s WMA Commission, encompassing various types of creative media, including photography, moving images, and installation. The proposals approached the idea of home from diverse perspectives: the tracing of one’s family history; the exploration of the past and present of Hong Kong as home; and how the pandemic has transformed our understanding of home. The jury unanimously selected CHAN Hau Chun and Sheung YIU as this edition’s recipients.

The jury remarked, “As Hong Kong experiences the pandemic amidst a time of change, Chan and Yiu’s proposals explored the fluidity of home as a concept in delicate ways.” By placing herself into the situation, Chan intends to document people’s living conditions inside the partitioned flats of an old building that faces demolition, as a humanising attempt to inquire whether these temporary spaces and fleeting moments could also be defined as home. Yiu proposes to remake household objects using 3D modelling technology, as part of a larger investigation of whether objects removed from the contexts of life could still carry the stories and sentiments of families and the everyday life. How do Chan, who came to Hong Kong at a young age, and Yiu, who has resided abroad, see Hong Kong –– a home that is foreign yet familiar? The jury is excited to see how the two immensely different interpretations could expand the public’s imagination and understanding of the notion of home. Independent documentary filmmaker and photographer. Chan graduated from the School of Creative Media at City University of Hong Kong, and currently lives and works in Hong Kong. Chan was awarded the Daido Moriyama’s Favourite Award at the Hong Kong International Photo Festival in 2012, and participated in the 2013 HKIPF “300 Families Photography Exhibition” with a series of photographs that documented the lives of street sleepers. In the same year, Chan finished her first documentary short film, Uncle Fai. Her documentary 32+4 (2014) was shortlisted for the Best Documentary Feature at the 52nd Taipei Golden Horse Film Festival, and won various awards including the Principal Prize of the 61st International Short Film Festival Oberhausen. Chan’s work explores the micro subjectivity of city life, and attempts to capture the material traces of city life through imagery.

Sheung Yiu (b.1991, Hong Kong, currently based in Helsinki) 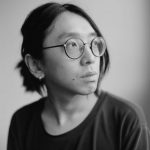 Image-centred artist and researcher. Sheung Yiu was born in Hong Kong and is currently based in Helsinki. The form of Yiu’s work ranges from photography, videos, photo-objects, installations, to bookmaking, and his research concerns the increasing complexity of networked images in contemporary visual culture. Through multi-disciplinary collaboration and the lens of a photographer, he examines emerging image-making technologies as well as the intertwined relationship between humans, images and machines. Yiu has held multiple solo exhibitions in Finland in recent years, and his works have been exhibited in numerous Arts Festivals in Europe. His photo book Ground Truth (2021) has won various book awards.

Proposals for WMA Commission were collected through a nomination process. For this commission edition, a nominating committee comprising renowned local and international curators, experienced education practitioners, and industry leaders in the visual arts sector proposed twelve candidates for the consideration of the jury. Each candidate was required to submit a comprehensive proposal and a portfolio for the selection. A five-member jury composed of Zoher ABDOOLCARIM, Former Asia Editor, TIME International; WYNG Foundation Trustees BUT Ho Ming, Dr. Anthony NG; Dr. Ernest NG; and Ms. Teresa MA selected two artists as this year’s WMA Commission recipients after final interviews. These two artists will be each awarded HKD250,000 to develop their research and artistic creation. The commissioned work will be showcased or exhibited at WMA Space or other venues, and will be included in the WMA Collection.